Long before I became a hypnotherapist, I visited a hypnotist as a client. I wanted to stop biting my fingernails. I didn't have a lot of faith that it would work, but I thought it was worth a shot. Before we began, I asked the hypnotist if this could be fixed in one visit. She said that if it was just a habit, it could be. I settled in and prepared to be cured. Unfortunately, I started biting my nails again within five minutes of leaving her office. When I contacted her later, she said I would stop when I was ready. I was thoroughly disappointed with her answer and gave up on hypnosis. I didn't understand at that time how our expectations influence the results we get. I hadn't expected hypnosis to work, and-- surprise!-- it didn't.

When I was suffering from chronic pain a few years later, I looked for a non-medical way to manage the pain. After quite a lot of research, I developed high expectations that hypnosis would be effective. I had read a number of articles from various mental health journals, medical websites, and newspapers like the New York Times, had watched a number of news programs about hypnosis, and had spoken to a doctor who had witnessed a surgery performed with hypnosis in lieu of anesthesia. By the time I saw a hypnotherapist for pain management, I was convinced that hypnosis would work, and --surprise!-- it did.

This is not to say that the results were instantaneous, but I knew that if hypnosis could work for other people, then it could also work for me. I was also much more motivated to stop feeling pain than I had been to stop biting my nails. I realized I couldn't take a passive role and expect to be cured. I had to be proactive. I had to participate in my treatment by using self-hypnosis and doing the exercises assigned to me by the hypnotherapist I saw. When hypnosis worked for the chronic pain, I realized that I had given up too easily and too early on nail-biting. I hadn't really believed hypnosis would work for that, and I hadn't really wanted to stop. However, I knew that hypnosis would work for chronic pain, and I really wanted the pain to stop. Different expectations--and different levels of motivation--produced different results.

Since becoming a hypnotherapist, I have worked on a number of personal issues. Using hypnosis, I have overcome allergies, asthma, and chronic pain and have set and achieved many other personal goals. Ironically, nail-biting was the most difficult behavior to stop. The main problem was motivation: there didn't seem to be any penalty to continuing a behavior I had been doing for over 30 years. If you don't have a clear reason for changing your behavior, then chances are good that you won't. Finally I thought, "I'm a hypnotherapist, what message does this send to my clients if I bite my nails?" Shortly afterwards, I stopped!
Posted by Karen Mattison at 15:18 No comments:
Email ThisBlogThis!Share to TwitterShare to FacebookShare to Pinterest

Many people associate hypnosis with some kind of mind control. Hypnosis is often depicted as mind control in cartoons, movies, and television shows. The hypnotist swings a watch or spins a psychedelic disk in front of a subject's eyes and then suddenly has total control over him or her, like a kind of puppet master. If you have seen a live hypnosis stage show, you may have witnessed this phenomenon firsthand. However, like watching a magic show, what you think you saw and what you actually saw were not the same.
Hypnosis is about controlling the mind. However, we all control our own minds. Even when you are in hypnosis, you have control over what information you will tell a hypnotist and what suggestions you will accept from the hypnotist. The participants in a hypnosis stage show are carefully selected. Anyone who resists the hypnotist's suggestions will be asked to leave the stage, and those that remain on stage are choosing to accept the silly suggestions and perform for the audience. It's like someone pretending to be drunk so that they can get away with behavior they might otherwise be too inhibited to do. However, it is not like being drunk-- you are always in control when you are in hypnosis. If you hear a suggestion you don't accept, you will either ignore it or come out of hypnosis.
Many of us feel like we can't control our minds. We can't control our thoughts. However, controlling our minds and controlling our thoughts are not the same thing. We all have thoughts throughout the day. Thoughts arise just as surely as blood flows. Meditation and spiritual practices can teach us not to attach to those thoughts-- let the thoughts come, notice them, and let them go. If you can resist attachment to your thoughts, then you are controlling your mind. Unfortunately, it can take years to learn how to do this.
Hypnosis replaces negative thoughts with positive thoughts. This is much easier to do than learning not to attach to thoughts. Most of the thoughts we have throughout the day are repetitive and many of those are negative. What we say to ourselves about ourselves is what we tend to believe about ourselves. Therefore, if these thoughts are negative, we feel terrible about ourselves, and if these thoughts are positive, we feel great about ourselves. This is mind control: controlling the kind of thoughts we have rather than allowing the thoughts to control us.
Posted by Karen Mattison at 11:17 No comments:
Email ThisBlogThis!Share to TwitterShare to FacebookShare to Pinterest
Newer Posts Home
Subscribe to: Posts (Atom) 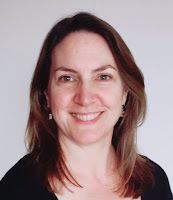